We were very happy with this new arrangement, having Leslie on the property with the mustangs.  And around this same time, we were contacted by a woman who had a horse that she wanted to donate to the ministry, now that we were an official 501c3.   Christinna and I borrowed Leslie’s trailer and went to go look at this horse.   We were so anxious to ride a horse, that I didn’t pray or get guidance from the Holy Spirit about getting this horse at all.  She ended up having laminitis and cushions.  Wow!!  Now I needed to purchase medication for her health issues.  We also found out when we got her home, that she was extremely barn sour.  Anytime we would ride her in the arena she wanted to run back to the gate so she could go back to her stall.  We attempted to ride her around the ranch, but she put up quite an argument if she thought she was going to have to leave the ranch.  Leslie gave us a few pointers to work on which kept us busy with her.
Christinna, however, because of the long commute, was not able to come out as often as she would have liked.  She went back to work full-time, which greatly limited her time.   Then, to make things even more challenging, Leslie was removed from the ranch.  She no longer could come on the property and work with me and the mustangs.  OK!!  Interesting developments.
So, as of now,  I still had the mustangs that couldn’t be riden, even though I was working with them every day, watching DVD’s, learning all I could about how to train them; and, I had a horse to ride that was barn sour and sore.  The owner of the new ranch, Chris, took the initiative to help me find another horse trainer.  He pointed out a few horse trainers on occasion when they would come to his ranch to work with other horses, but I just did not feel comfortable with any of them.  They all reminded me of Randy, from the other ranch.  I did not want to get back in to that situation.  I knew in my heart that I needed to have faith and be patient and that the Lord was working it all out for me since I was fulfilling the calling that He had placed in my heart in the first place.
However, I still had to take my new situation to the Lord in prayer.  I had been praying all along, but I really needed to intercede in the situation and seek guidance.  Since I had a longer commute now, I started to pray in the spirit even more!!  I’m so thankful that I have the Holy Spirit to turn to since this is where our power comes from and where things change in the spirit realm, before things are changed in the physical realm.
Despite everything, the ministry was still growing.  I had a few more kids coming out to meet the horses.  I would take the kids on "pony" rides with Missy.  She was a good start for that.  Plus, she was really calm during the grooming and bathing process.
Pictures of Missy: 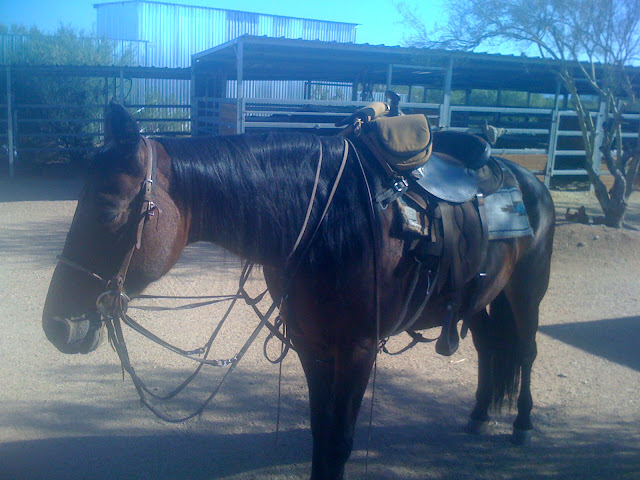 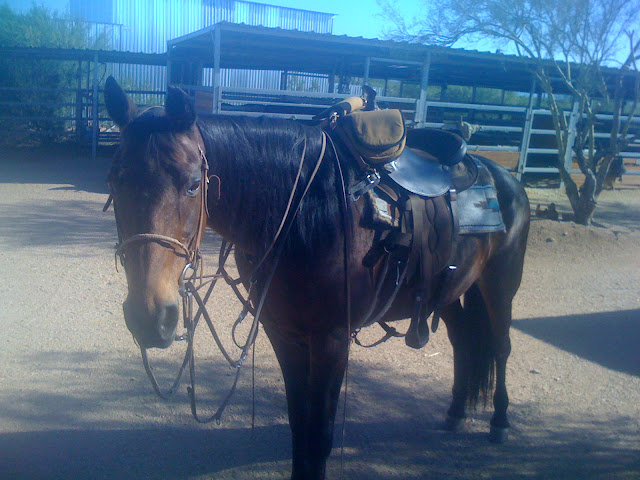