Chapter Eight - The Lord Blessed the Ministry with David

Five months after having moved to the new ranch in Rio Verde, God led me to my new horse trainer, David.   I know for a fact that was the result of my praying in tongues.  Chris told me that David was a Christian and Pastor and that he just came out of retirement.  I felt comforted knowing that.  When I first met David and introduced him to Dude, I was both embarrassed and hopeful at the same time.  After about 10 minutes or so of Dude being tied up in the cross tie with David, he started getting antsy pantsyish,  a common occurrence with Dude.    David told me that this horse was not broke at all.  Wow!!   Not broke at all after having them now for almost a year and a half.  What a waste of time, I thought.  Well, maybe now we can see some progress with David.  He seemed to be a very knowledgeable horse person, someone I could trust to get the job done.
I hired him immediately and he started to work immediately.  He told me that the reason he had to come out of retirement was because the church could no longer pay him.  He also told me that his wife had bought him a horse about a year ago, but she really didn’t want him to train young horses any more since he was older and she didn’t want him to get hurt.    He still agreed to help me with my mustangs.   I met him at the barn and he started to work with Dude.  He also worked with me too.  He showed me how to tie him up the right way, and how to start sacking him out.  He then would put the saddle on and bring him into the round pen.  He showed me how to put the bit in and do lunging work with him in the round pen.  After about 5 days, he was up on Dude and riding him out in the desert.  Oh my gosh!!  To my amazement seeing David ride Dude off into the wilderness.  I paced and paced until he came riding back on him in the ranch.  That was a great day!!  Then, only after about two week s of working with Dude, Dude was cut really bad on a tree branch and needed stitches.  He was out of commission for at least a few weeks.  David started to then work with Zeke.  Zeke took a little bit longer to get going with the saddle, and sacking him out.  Zeke was a bucker.  He would always go into a buck.   However, it really didn’t take David long to get on Zeke’s back and have him out in the desert.
We even took Zeke to an elementary school for “Western Days” as one of the exhibits: 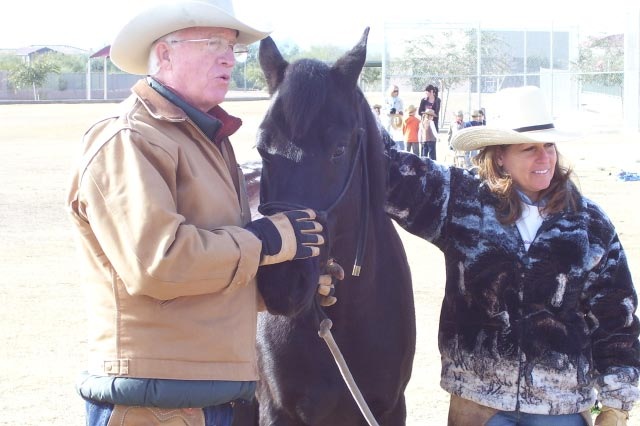 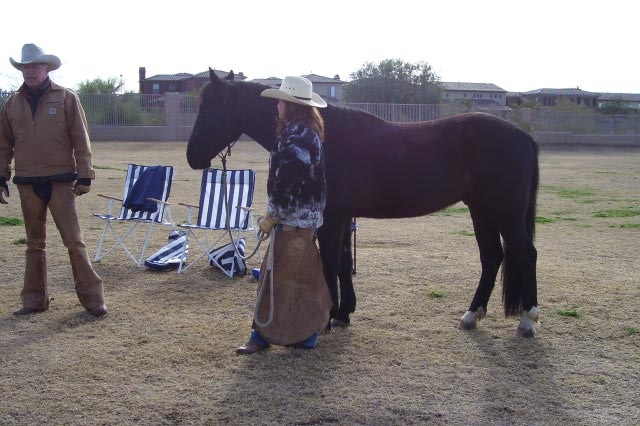 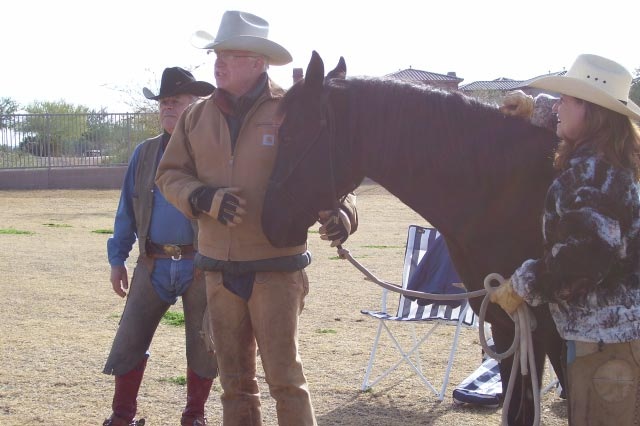 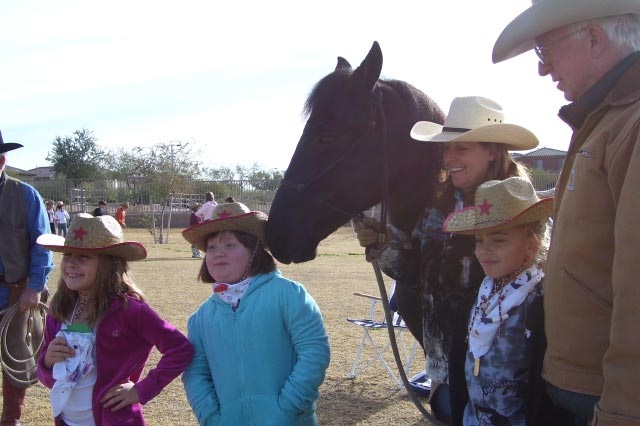 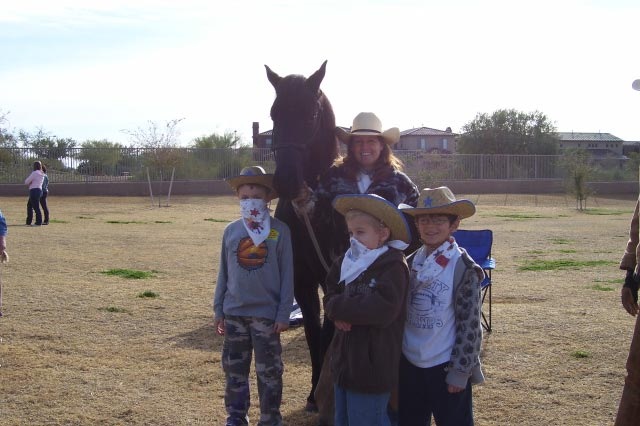 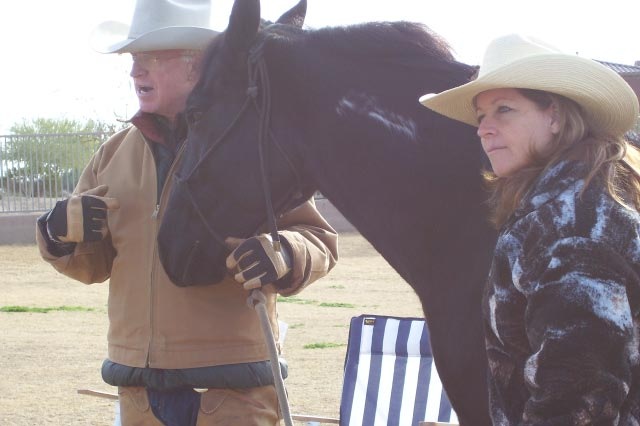 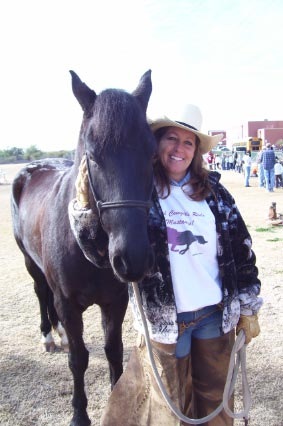