I needed to find a new place for the mustangs.   Since we still could not touch them I knew I needed some “different” professional help.  I also knew that it would be awkward with the owners of the facility where they were.  A few people that I came in contact with gave me a few names of horse owners.  I began to reach out to them.  I also explored other areas to relocate them.  One person I talked to said that maybe Brandi Lyon (John Lyon, who is a well known horse trainer's, daughter) would be able to help.  She gave me her number.  I called her and explained my situation.  Not only did she come and help me move them, but she also found a new place for me to move them to.  Right down the street to a place called Camelot Farms.  Brandi also believed that she would be able to get them halter trained in a few hours, following after her father’s footsteps.  She brought in a friend that would video tape the experience.
Brandi came with her horse and trailer and she was able to herd them into the horse trailer.  We had to use panels on each side of the trailer’s door like a shoot.  I was on one side of the panels.  This was, again, another opportunity for me to realize what I was dealing with.  They tried to escape through those panels and I felt the strength and determination of them.  They weren’t able to, thank God, so they got in the trailer.  Brandi brought them to the new location and herded only one of them into a round pen there on the new property.  That was Zeke.  Dude stayed in the trailer and kicked and fought in that trailer having been separated from Zeke.  That was another indication of what I had my hands full with.  Now Dude, still had his halter on, but Zeke did not.  Brandi worked with Zeke on foot and then on her horse to no avail.  She did all the techniques that she knew to get him to submit, but nothing worked.  She ended up calling her Dad for counsel.  He ended up telling her that she had done enough for that day and that they should be left alone for awhile.  Dude was then put in the round pen with Zeke.   I paid Brandi for her time and she left.  I knew that she would not be coming back.  I then left the mustangs in the round pen as there new round pen home.   Bummer.   Still no progress had been made.
When I came back to visit them the next day, they were not in the round pen.  Somehow the owner of the ranch was able to transport them and put them each in a stall in the barn that would become their new home.  Wow!!  I could not believe that they were actually in a stall of their own.  Now, they are separated which meant we may be able to get somewhere.  The owner and I went in to Dude’s stall and it did not take him long to grab his lead line and pet his head.  Finally, human contact!!!   I’m glad that was done with Dude.
Here are pictures of their then new home: 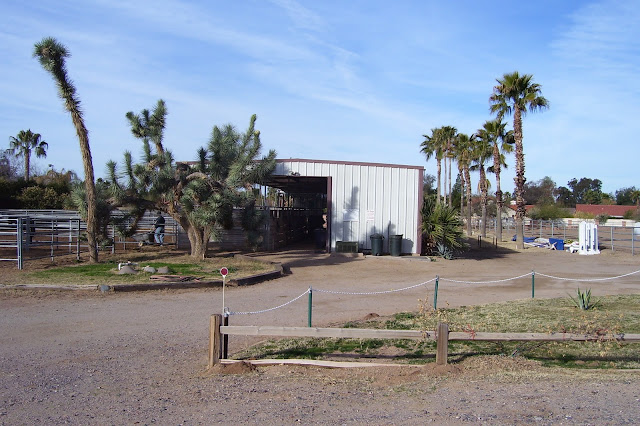 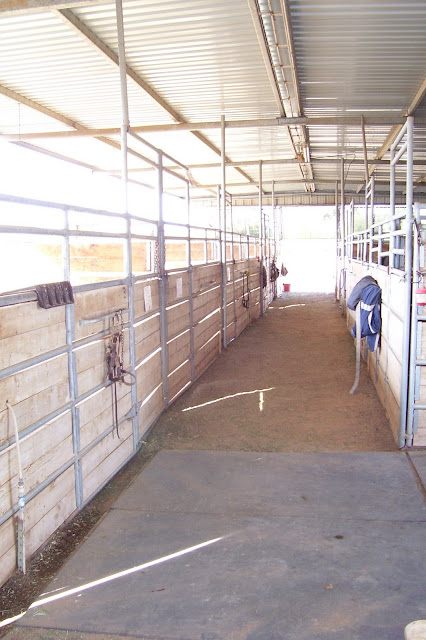 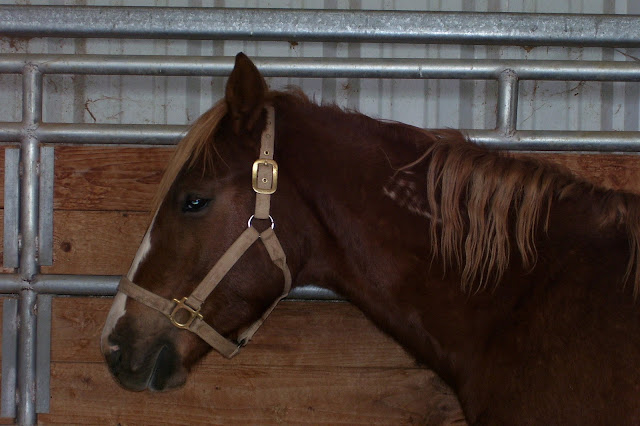 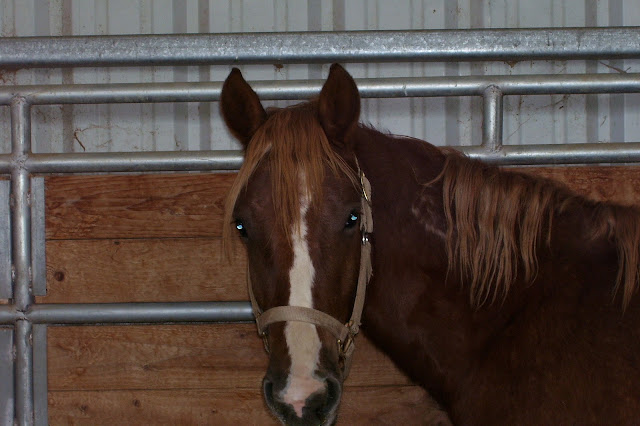 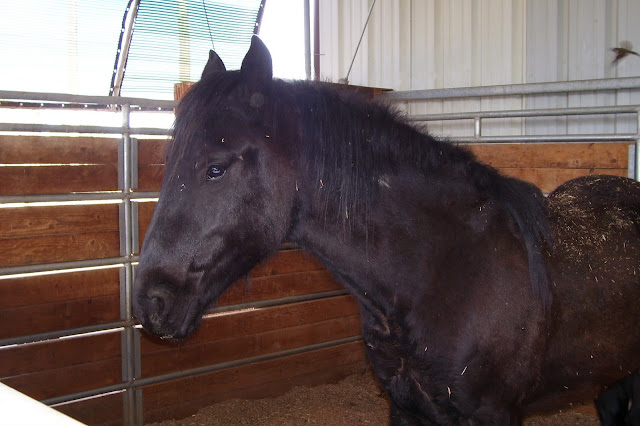 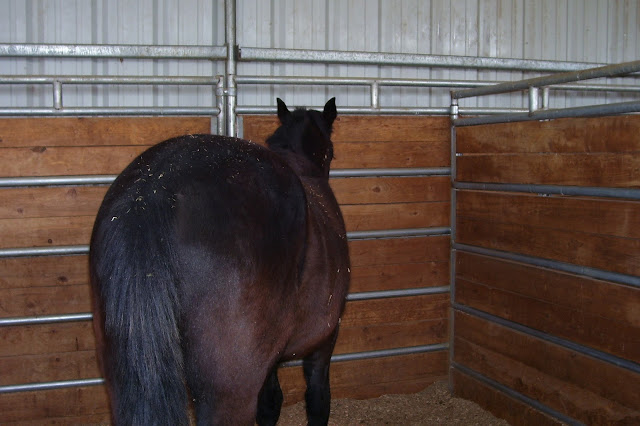 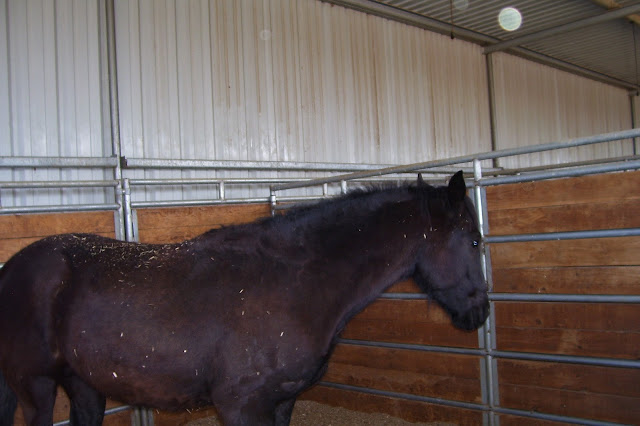