While David was working with the mustangs, I was still working with Missy.   I hadn’t hired David to help me with Missy, but he would offer me suggestions.   It wasn’t long after that that my husband’s boss, the CEO of his company, donated his horse Dillon to the ministry.    This was in August of 2008, just one month after hiring David.  Finally, I had a really good horse to learn how to ride on.    David starting having me ride the mustangs though still as well since I now had a few more people coming out to ride.
Pastor Dwain was the first one to ride Dillon.  I had only been on Zeke a few times.  I’ll never forget that first ride with the Pastor.  He and Debbie were behind me and Zeke.  Debbie was on Dude and Pastor was on Dillon.  We were headed out to the desert when Zeke went in to a wild buck.  I was still learning from David how to sit properly so of course, I came right off.   The wind got knocked out of me for a second.   I think the Pastor's voice and Dillon scared Zeke and he paniced.
I told the Pastor and Debbie that I would meet them back at the round pen.  I took Zeke in there, lunged him around a couple times like David had showed me, then I got back up on him.  That was probably one of the most difficult things I have ever done in my life, fighting fear, other than scuba diving!!   The trail ride was a success!!
The ministry had four horses now.   My friend from church Cami started to come out.  She loves horses.   She and Missy got along great.  Apparently Missy’s previous owner was diabetic and had had a leg amputated.  I think that Missy remembered that about him and was very slow and kind to Cami.  They fell deeply in love.  Missy was her girl.  I have a great picture of Cami on Missy, Christinna on Dillon, Debbie on Dude and Me on Zeke.  We called ourselves the Gospel Riders!! 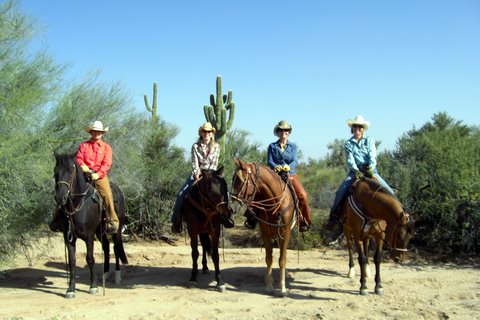 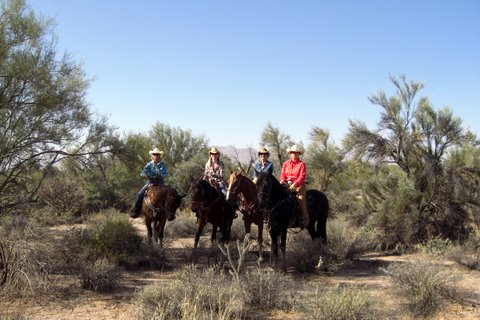 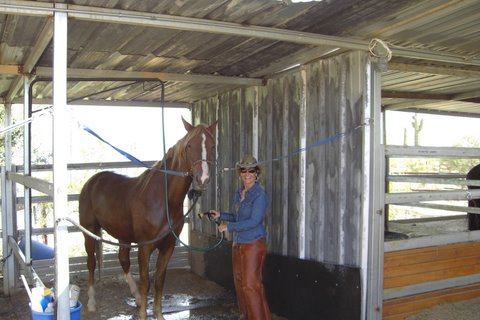 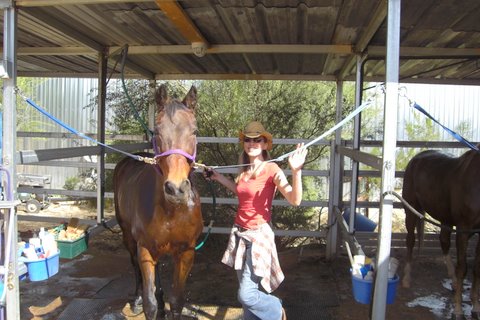 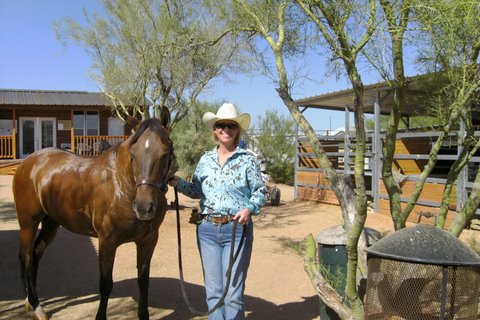 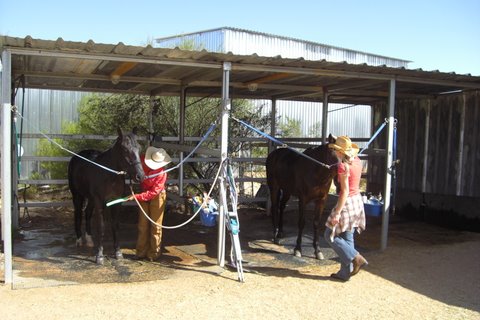