Carol, David and I continued to work with the kids and volunteers.  We had a great time.  Even though David was still fighting the cancer, he continued to work with us and the horses.  He is a fighter.  He also has a tremendous amount of faith.  He would always confess that he is healed!!  In fact, I would make sure that only life was talked about in and around the ministry since Life and Death is in the power of the tongue.  It became a discipline in the ministry.  Any deviation from this principle would be strongly addressed.
We started having more kids come out.   Around the same time, Carol was looking for a horse for her own and I was looking for a horse to add to the ministry too.  We had sent Missy off to a retirement facility, because she no longer was able to meet the needs of the ministry.   We  didn’t have enough well trained horses to meet our needs.  I felt I was being led to look for a replacement for Missy.  I found Breehia on Craig’s List for $1500.  She has the most beautiful confirmation, just like what David had been teaching me to look for, plus a young girl had been showing her.  I hoped that she would be a great addition to our ministry.   I was quick to make the decision, and we ended up getting her in the dark that same evening that I found her on Craigs List.   David rode her with his equipment.  She threw her head a lot, but again, he was sure that he could resolve that using a martingale as a training tool.  One thing I did not know was that she had sore feet!!  What I learned later is that since she was bred as a halter horse, which is the beauty pagent for horses, they (the halter horse industry) like the looks of the large muscular body but with small tea cup hooves.  Unfortunately, these small hooves are not big enough to carry the massive muscular bodies which in turn creates sore hooves.
Carol also got a horse named Snickers.  We added her temporarily to the ministry horses in exchange for Board and Care, knowing that we needed more horses suitable for kids.  We added her to the “free barn”.  Now, I had 4 horses I was paying board for and 4 horses I wasn’t.  Plus, David was living for free in the apartment on the ranch.   Chris came up to me and asked if I would just rent the entire “free barn” for $2300.  That would give me 10 stalls.  I decided I would take it because I would get my own tack room (a converted stall), plus when all the people would come out for the ministry, which started to be a lot, we wouldn’t be in the way of Chris’s other paying customers.  The $2300 did not include food or cleaning for the horses.  My budget just jumped up over $1000/month.   I believed that God would continue to provide for the ministry, so I did not let that concern me.  I knew that what I was doing was His plan for me, so I stood on that truth.
We held a Barn Dedication Ceremony……I wanted to publicly dedicate the new barn and the Ministry to the Lord.  We had a wonderful dinner and dedication with about 30 people attending.  It was a wonderful time.  The Holy Spirit was present.  The Ministry officially became God’s Ministry….not mine.  All I had to do was get out of His way and pray a lot.  In fact, I began to say “Yes” to every request of people wanting to come out and participate not knowing how I was going to work it out.   Not sure if I would have enough horses, if we would be able to accommodate everyone’s needs; when you give something like this to the Lord knowing that it is for Him, the answer should always be “Yes.”  Love is more powerful than fear!!!!  From this point on, I knew that He would be in control of every situation and every challenge that would come up.   My trust and faith in Him is an every moment by moment reality in this Ministry.
Here are pictures from the Barn Dedication Ceremony: 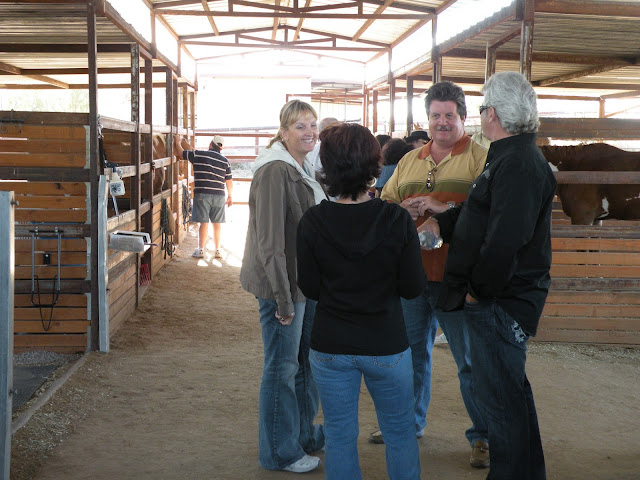 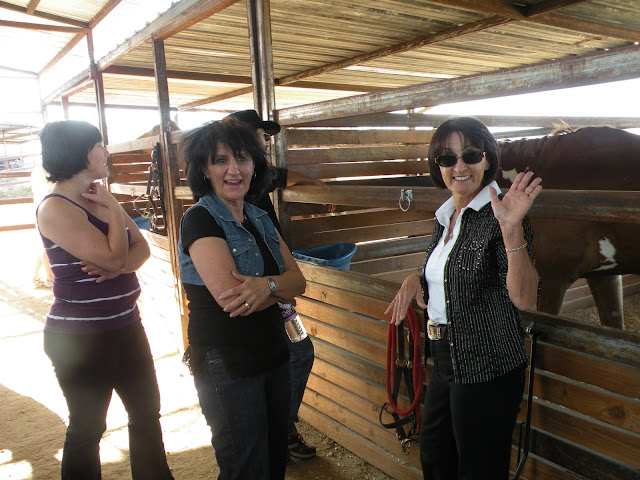 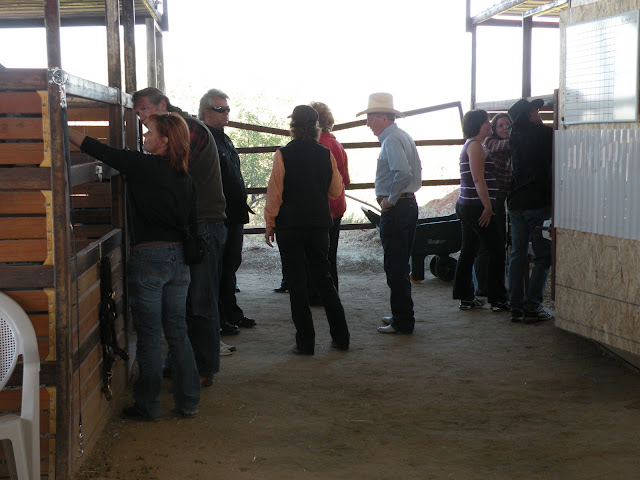 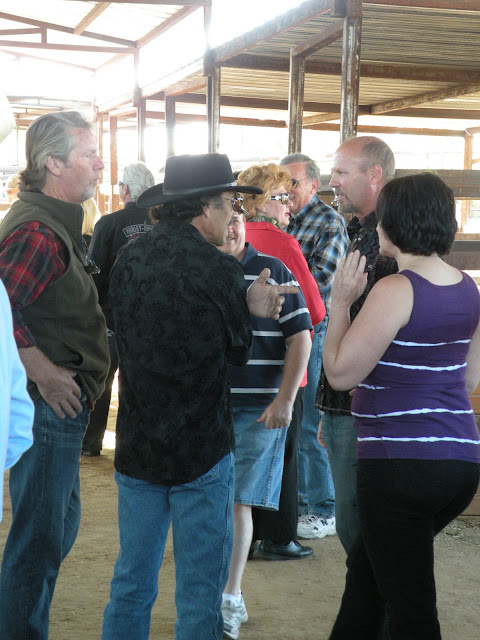 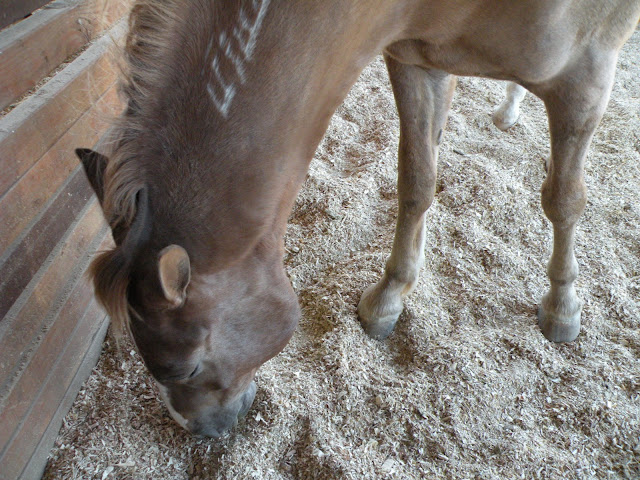 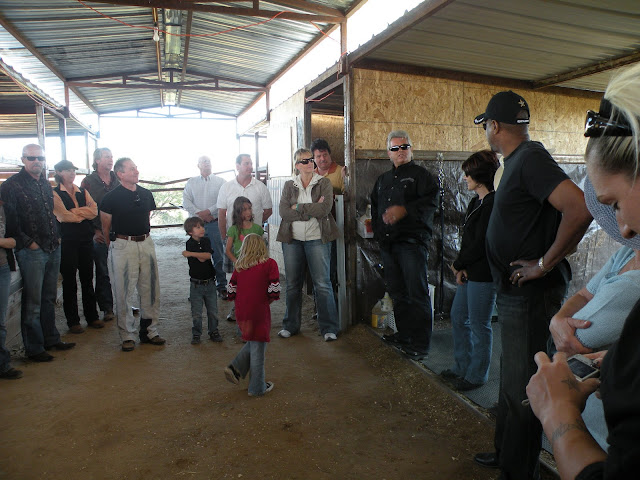 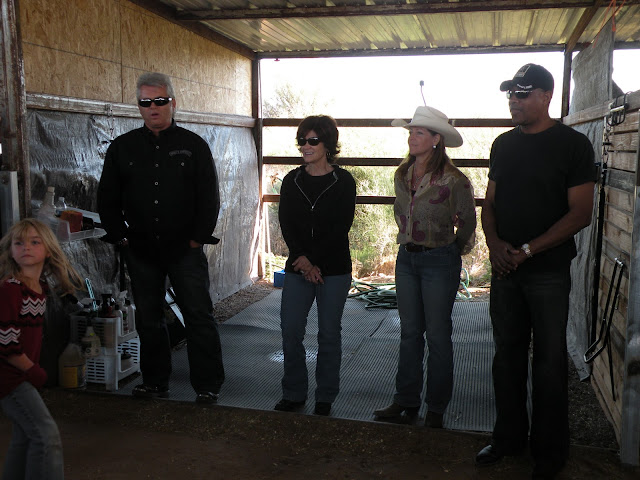 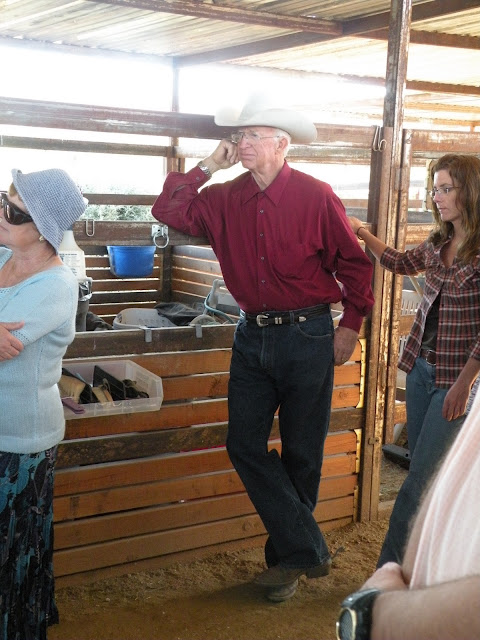 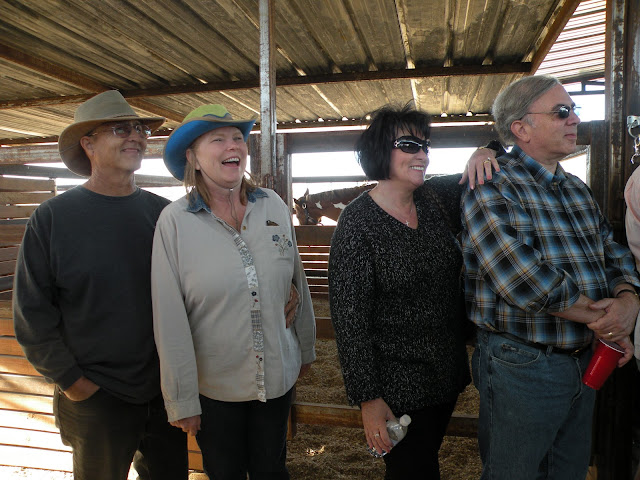 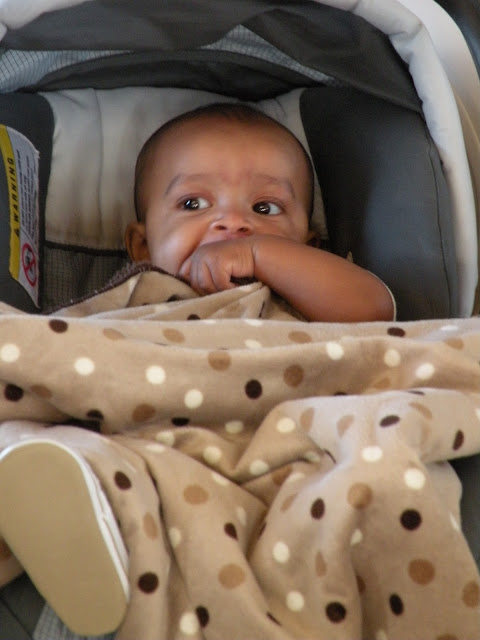 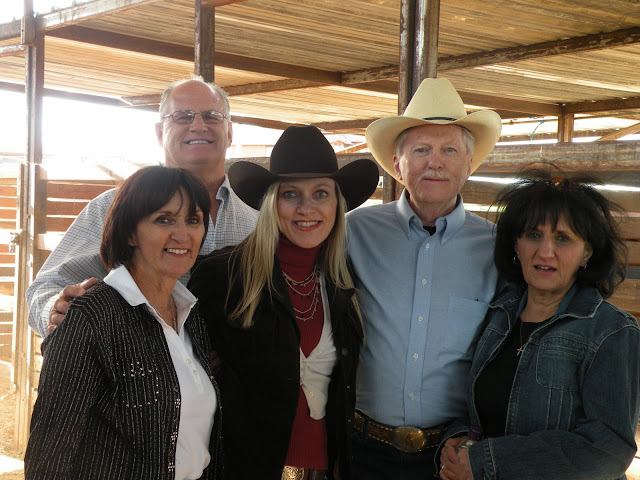 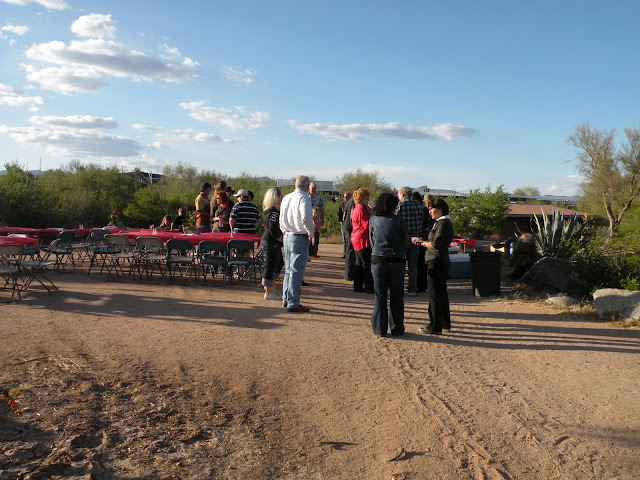 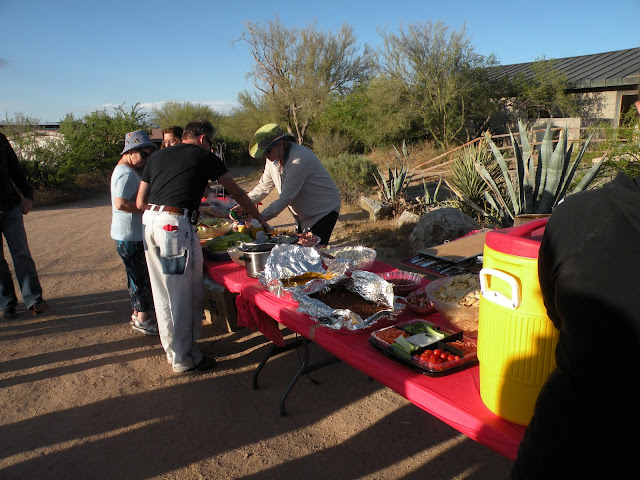 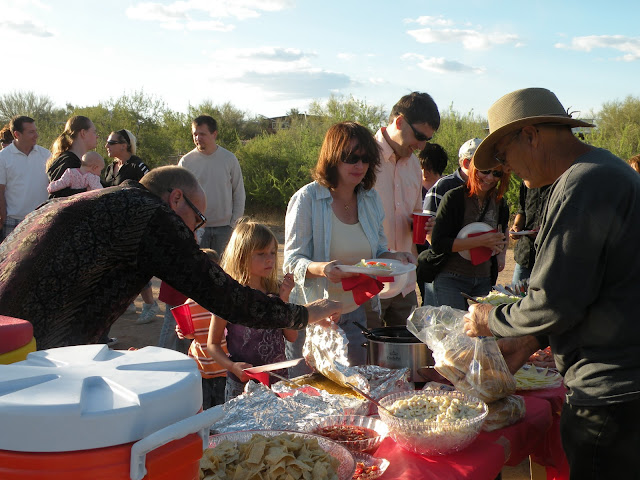 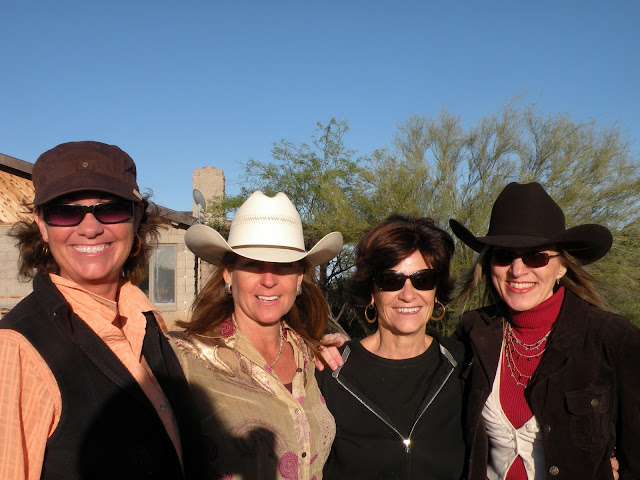 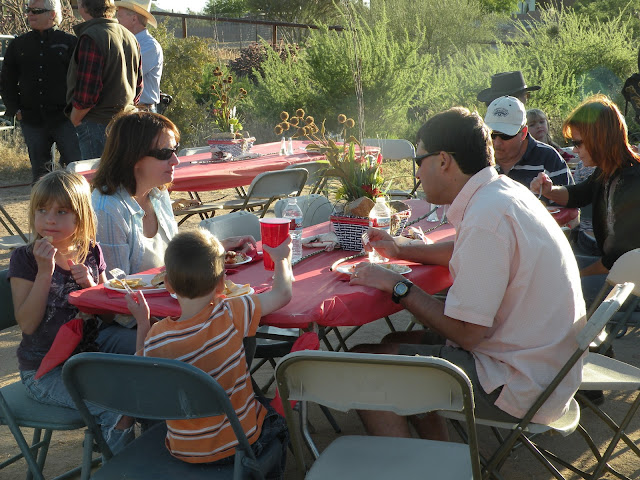 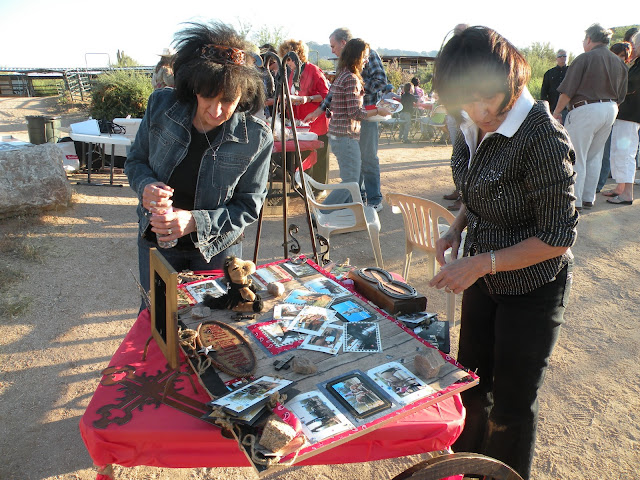 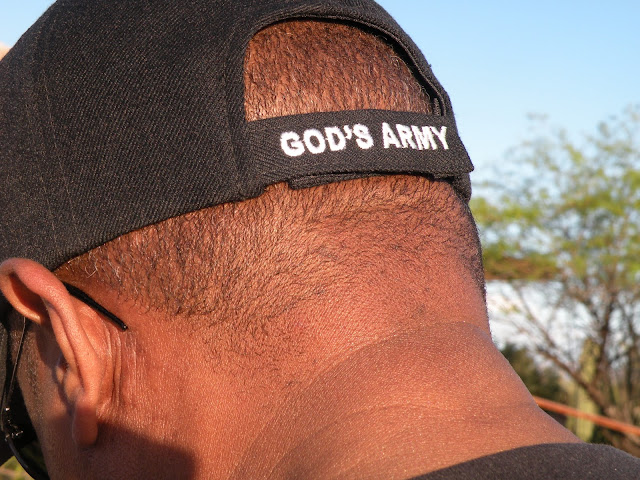